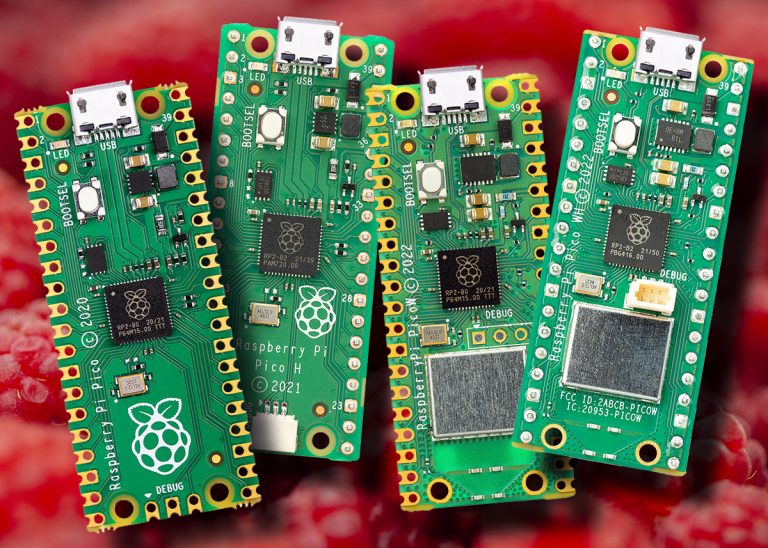 Cooled on the windowsill and ready to eat, Mr. X serves up the Raspberry Pi RP2040, the company’s debut microcontroller, featuring the same high performance, low cost, and ease of use as their other well-known devices and platforms.

The RP2040 features a dual ARM Cortex-M0+ core running at up to 133 MHz with 264 kB on-chip SRAM in six independent banks. There is support for up to 16 MB of off-chip Flash memory via a dedicated QSPI bus, and the device offers on-chip programmable LDO to generate core voltage and 2 PLLs to generate USB and an accurate core clock. 30 GPIOs allow this small device to control many aspects of an end product, making it suitable for hobby- to industrial-level applications. 4 of these GPIOs are enabled for use as analogue inputs, allowing seamless integration of analogue HMIs such as potentiometers or sensors, and 16 PWM channels allow for voltage control of other analogue features of your end product. Peripherals for the device include 2 UARTs, 2 SPI controllers, 2 I2C controllers, a USB 1.1 controller and PHY, and 8 PIO state machines. The RP2040 comes in a 7 x 7 mm package, and there is even an inbuilt temperature controller.

As a general-purpose MCU for all levels, the RP2040 can be used in anything from light displays and IoT devices to industrial manufacturing applications. It is not uncommon for people to run DOOM on one of the development boards at trade shows as the Raspberry Pi has a loyal following with detailed documentation and drag-and-drop MicroPython and C/C++ programming options with extensive support from both Raspberry Pi and their community. Such high regard for their devices means that the RP2040 and its associated boards provide the lowest possible barrier to entry for any user. The low dynamic power consumption with a variety of low-power modes enables extended operation in battery-operated devices that are the core of a hobbyist or IoT developer’s projects.

Raspberry Pi is well-known for its development platforms, and the Raspberry Pi Pico series provides several options to easily evaluate or integrate their RP2040 microcontroller. Four variants, the Raspberry Pi Pico, Pico H, Pico W, and Pico WH correspond to a castellated board, headered board, wireless-enabled castellated board, and wireless-enabled headed board respectively. Each of these boards allows access to 26 of the GPIO pins, has 2 MB of on-board flash memory, a BOOTSEL button, and a micro-USB B connector for programming. The Pico and Pico H boards have 3 pins for a serial wire debugger – this is an additional connector on the Pico H board – and the Pico W and Pico WH boards add on-board single-band 2.4 GHz wireless interfaces (802.11n) using the Infineon CYW43439 and an ABRACON-licenced antenna while retaining the 51 x 21 mm footprint of all boards in the Pico series.

(To apply for the Raspberry Pi Pico W and WH, click here)

Get a slice of the action with this amazingly cost-effective MCU!