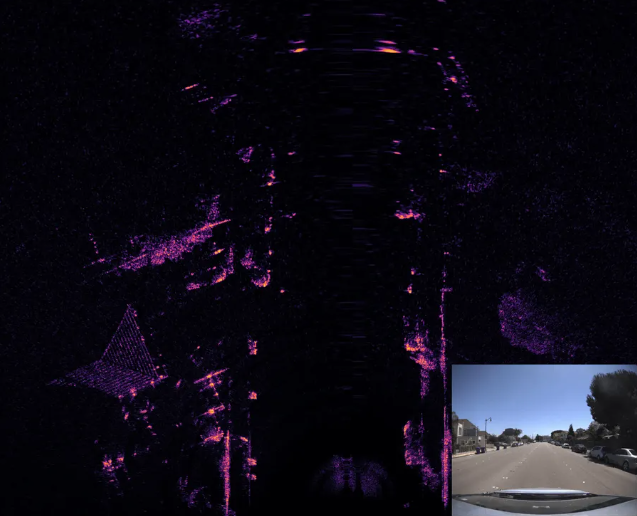 While radar systems would seem to be a part of many modern vehicles, according to Zendar, traditional ADAS radars output very sparse detections with poor resolution, making it difficult for AI to determine the surrounding terrain, including other road users. To fix this issue, Zendar’s proprietary Combined Collaborative Imaging (CCI) software solution uses the shared responses from a vehicle’s multiple radar modules to produce a tenfold boost to the radar image resolution when compared to traditional imaging systems. This resolution increase makes it much easier for AI to interpret the radar image and for ADAS and autonomous driving to operate safely and effectively. Such an innovation also gives radar a boost over lidar (optical) systems, which suffer poor performance in bad visual conditions, such as rain, fog, or in dusty environments; radar does not have this problem and is relatively inexpensive.

Now, you might be thinking: “Well, we decided on our radar architecture months ago, so it is too late to rip all that out in favour of a new system.” Curbing such concerns, it would seem that Zendar is simply about the software and does not produce any radar equipment in itself. This means that any of Zendar’s software solutions should be usable so long as the vehicle in question has sufficient processing capability. Looking at a random radar system from Continental, the specifications seem to be more than capable for handling the stated features of Zendar’s software packages; both operate at 76-81 GHz, and the update rate of the Continental is once every 50 ms, plenty fast given Zendar’s 10-12 Hz frame rate. That said, Zendar claims to work with industry partners in order to optimise their solutions and “provide the most optimised sensor for any given use case”, so perhaps they do have connections with a sensor manufacturer.

In any case, if Zendar’s radar imaging is as big a step up from others as their website would suggest, it seems to be a very useful tool for creating the ADAS/automated vehicle infrastructure that has seemed like science fiction for so long. Zendar have other solutions tailored to agricultural, robotics, and haulage applications too, so there is a wide scope for where this technology could find itself.

(All images sourced from Zendar)

Is this just what you’ve been looking for to enhance your vehicle’s sensing capabilities?