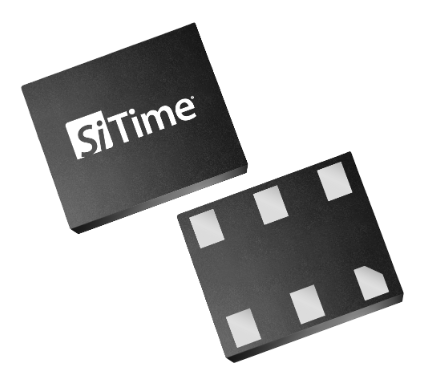 Contained within a minute 1.2 mm x 1.1 mm x 0.55 mm QFN package, the SiT1881Ae-L3-DCC-XX0-032.768 oscillator, which for the purpose of this post we will simply call the SiT1881, punches far above its weight. Not only can a single SiT1881 replace multiple quartz XTALs with its ability to drive multiple loads up to 100 pf, but it also exhibits ±50 ppm frequency stability over the entirety of its specified operating range, making these devices much more reliable than quartz XTALs. An additional reliability spec of 2 billion hours MTBF is the cherry on top of an already impressive resume!

The small size and operating characteristics of the SiT1881 are fantastic for saving board space; not only are no load or VDD filtering capacitors required, but load-dependent startup issues are also eliminated. Factory programmable down to 1 Hz, the SiT1881 is an extreme-precision device, and a standard operating voltage of 1.35 V to 3.63 V with an ultra-low power consumption of 490 nA (typ.) allows for flexible circuit integration with other components; the device can even operate on voltages as low as 1.14 V, supporting coin-cell or supercapacitor battery backup operation!

There’s not much else to say regarding this latest offering from SiTime. I have already written previously about a drop-in replacement that they make for quartz oscillators, but when MEMS technology can shrink to this degree – 30% smaller than a quartz alternative, which is limited by dimensional constraints linked to the desired frequency – can one really ignore it as semiconductor end devices to continue to shrink? Additionally, it is difficult to ignore the improved reliability of these devices, particularly when it comes to performance in timing-sensitive applications such as ADAS. I think MEMS oscillators like SiTime’s are going to do very well if and when autonomous vehicles become the norm. How about testing them out in your next project and getting ahead of the market?

Need an ultra-low-power timing solution to replace multiple crystals in your application?