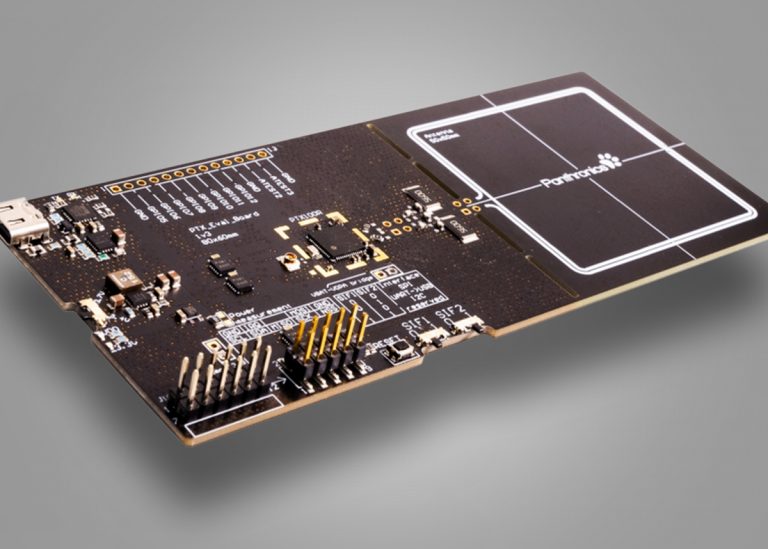 In new point-of-sale terminal designs, huge amounts of development time and effort are often devoted to solving connectivity problems. NFC controllers in common use today suffer from weak output power and compromised sensitivity – especially when the antenna has to operate behind or close to a large, noisy display.

The PTX100R NFC Reader IC from Panthronics solves these problems, making the development process much easier and producing a better-performing PoS terminal.

This is because the PTX100R benefits from a unique sine wave transceiver hardware architecture, in contrast to the conventional square-wave NFC controllers used in many PoS terminals and IoT devices today. This sine wave transceiver enables the NFC reader to drive output power of up to 2W directly to the antenna, while achieving high sensitivity of -80dB.
Combined with the PTX100R’s accurate wave shaping, these attributes mean that the PTX100R offers more robust connectivity, and gives the designer the flexibility to specify a large display – a feature which users value highly – without worrying about NFC signal interference.
An additional benefit of the sine wave architecture is that – unlike square wave controllers – the PTX100R needs no EMC filter, resulting in a reduced bill-of-materials cost and a smaller board footprint.

The PTX100R is fully compliant with the specifications of the latest EMVCo 3.0 standard for contactless payments. It is supplied with an application-ready EMVCo 3.0 L1 interface. Integration of a third-party EMV L2 stack is quick and easy.

Develop your next PoS terminal design with the free Demokit PTX100R!