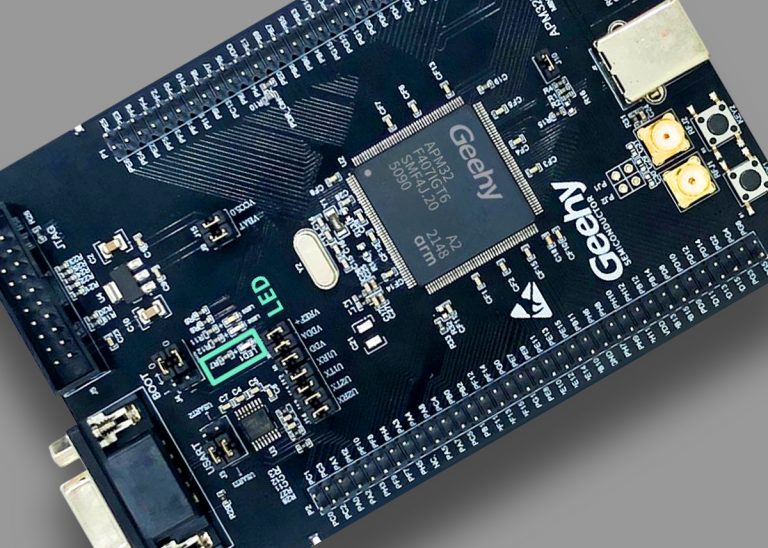 Geehy Semiconductor, a subsidiary of the manufacturing giant which owns the Lexmark printer company, has developed a broad and growing portfolio of look-alike microcontrollers which provide a second source for STM32 MCUs from STMicroelectronics.
Geehy’s APM32 products are exactly pin- and function-compatible with their STM32 counterpart. For instance, the Arm® Cortex®-M4 core-based APM32F407ZGT6 is a drop-in replacement in an LQFP144 package for the STM32F407ZGT6 part in the same package.
Many users of STM32 parts are suffering from reduced availability and lengthening lead times of as long as 52 weeks. Now the Geehy equivalent parts enable OEMs to supplement their supplies of STM32 chips, or even replace an STM32 part entirely with the matching APM32 product.
APM32 parts are in volume production now and are available to customers in the UK and Europe on normal lead times of a few weeks.

Geehy APM32 MCUs have the same layout, memory map, peripheral support and performance as the equivalent STM32 part. The definition of the pins is the same in matching packages in the STM32 and APM32 families, and memory and register addresses are also the same. In many cases Geehy can directly flash existing firmware in an STM32 device to a compatible APM32 MCU without any changes.
Geehy’s MCUs can support ST’s STM32CubeIDE development toolchain, but design productivity will be enhanced by the use of either a Keil or IAR environment.
STM32 users can generate IAR project files in the STM32CubeMX code generation utility which work directly on a Geehy MCU. It is simple to manually add a source file structure and custom settings such as linker script or FPU once IAR or Keil project files are set up.

(All images sourced from Geehy)